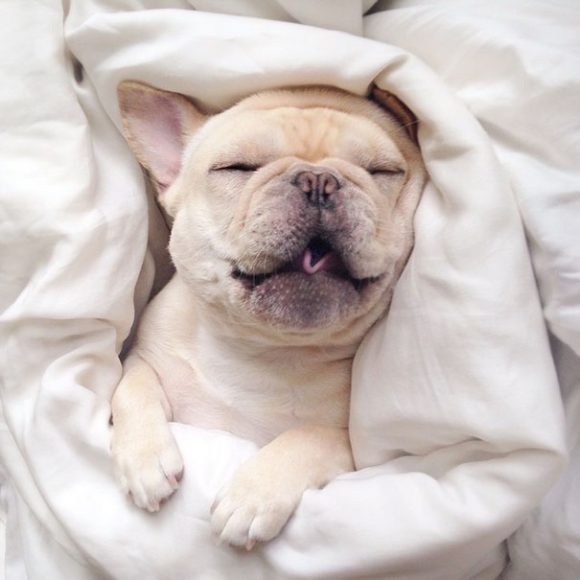 We all love sleeping but no dog could beat Milo’s desire for such. Milo is a 3-year old French bulldog with narcolepsy. It is a disorder that affects someone’s control of sleep. Milo experiences excessive daytime sleepiness which his human find so adorable. In fact, this sleepyhead dog has the cutest nap time pics. Whether he’s laying on a pillow or cozily wrapped in a blanket – he could capture our hearts and would make us want to take a nap too!

Milo’s owner sometimes calls him a narcoleptic nugget, mustached mush, squishy Seattleite (he’s based in Seattle) or a bedbound butterball. 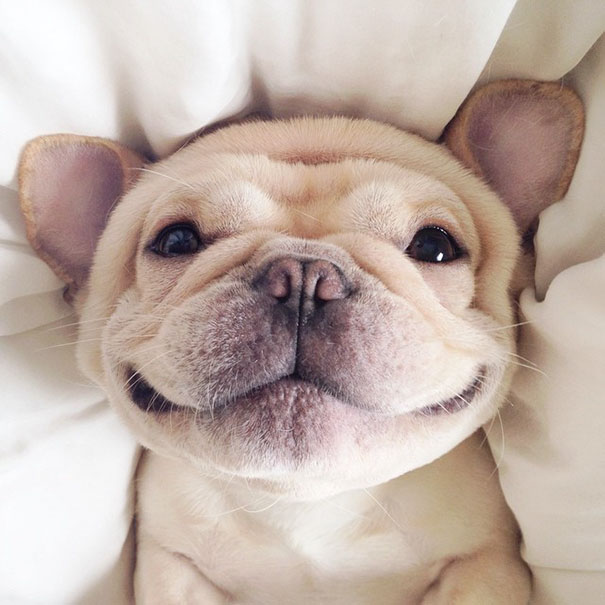 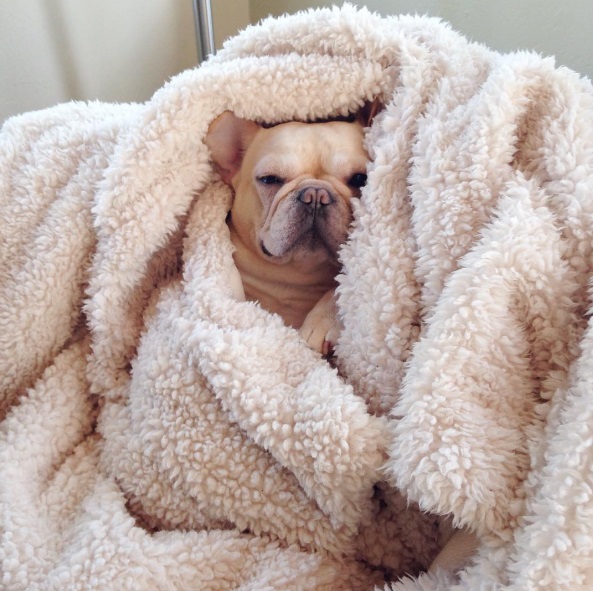 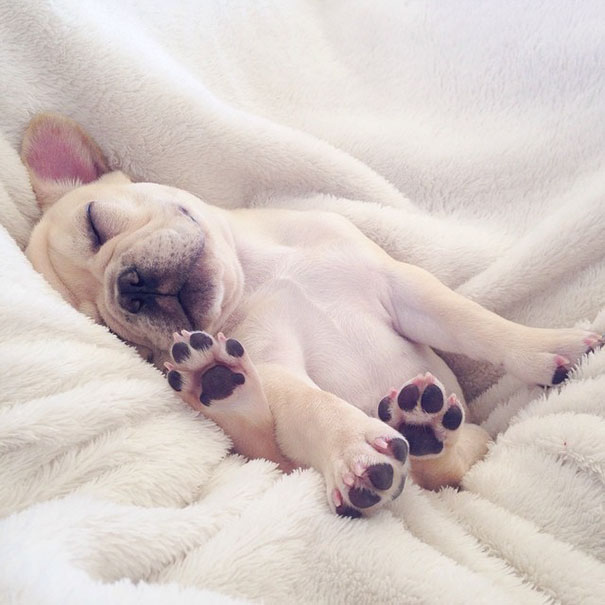 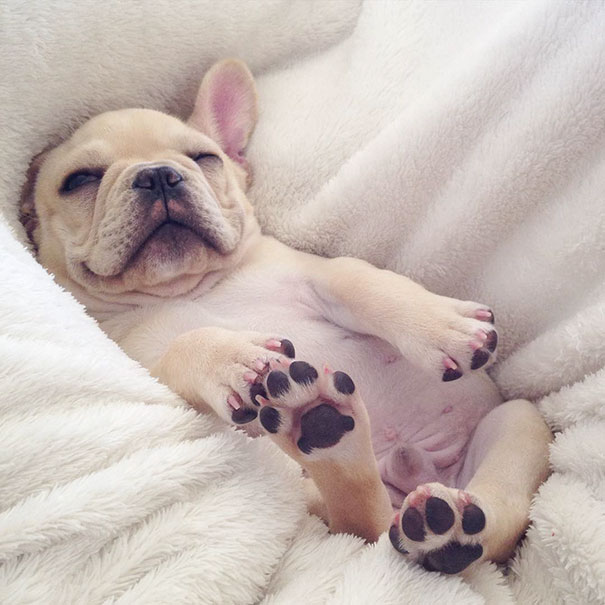 When your owner wakes you up but you’re still half asleep. 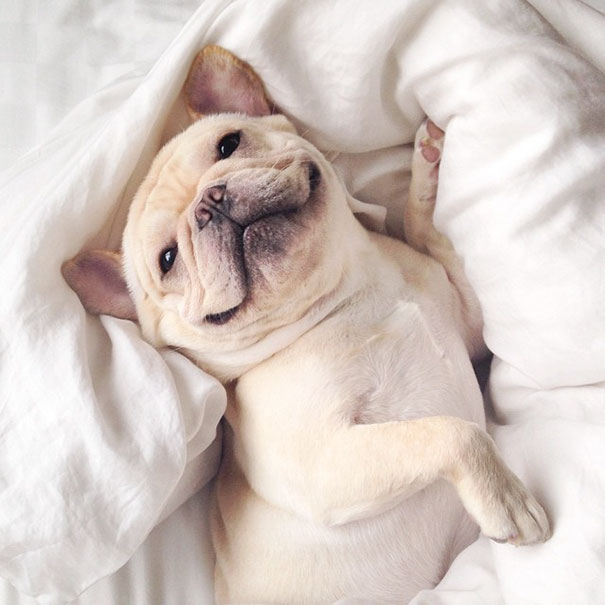 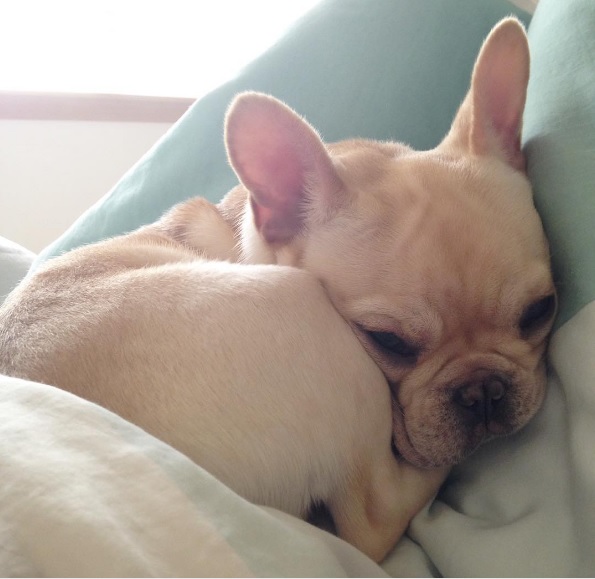 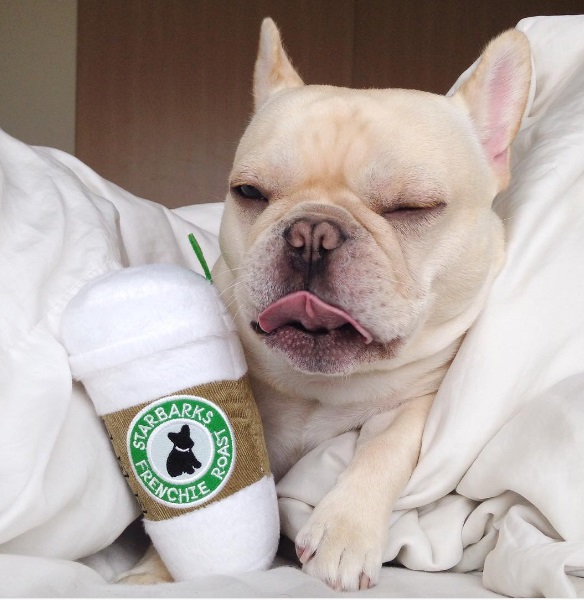 Ever heard of sleep drinking? 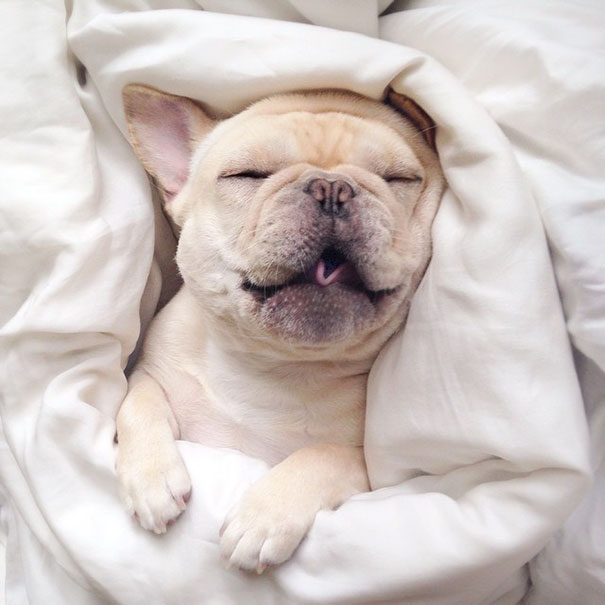 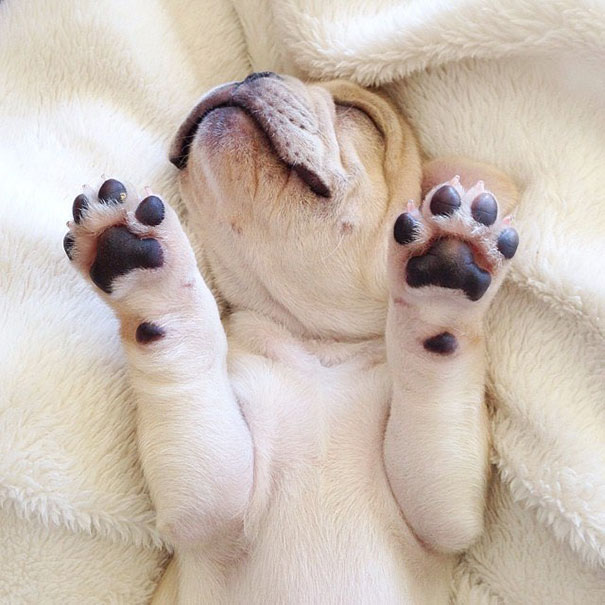 awwwww… we wonder what he’s dreaming about. 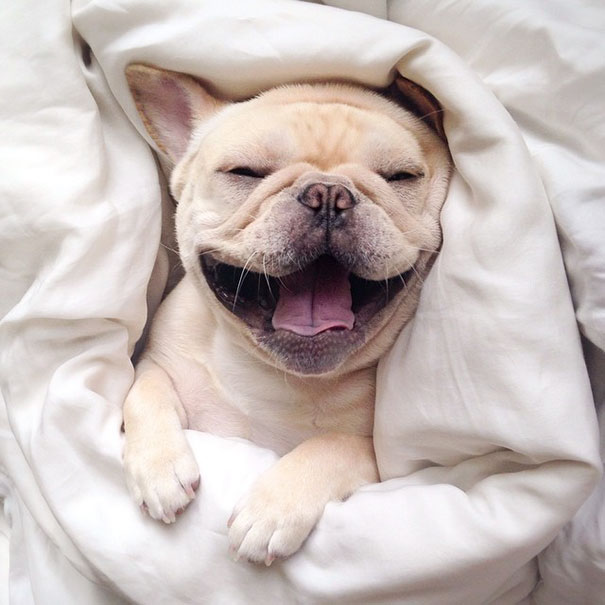 Yawning in between sleeps.

Cute Puppy Eyes That Will Melt Your Heart