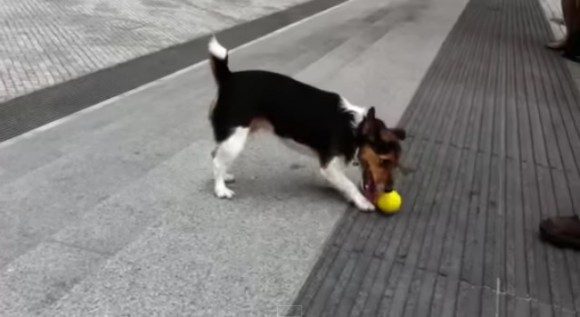 Jack Russel Terriers are renown for their spunk and intelligence. Several hit shows and movies have featured this breed like ‘Eddie’ on Frazier, ‘Milo’ in the Jim Carey classic ‘The Mask’, or ‘My Dog Skip’. Despite what you may see on television, Jack Russel Terriers are a working dog, so you probably shouldn’t expect them to be mellow companions. They were originally bred to hunt and used to run, chase, and flush prey, primarily foxes, out of hiding. They have a penchant for barking which is important if you want to notify your hunting party of your position, and you can’t see them.

The Jack Russel in this video is one of those rare specimens that could easily be on the TV. He is so talented he can play fetch by himself, a tired pet owners dream come true.

Being Blind Doesn’t Slow Down This Dog

One Dog That Doesn’t Need You to Throw It