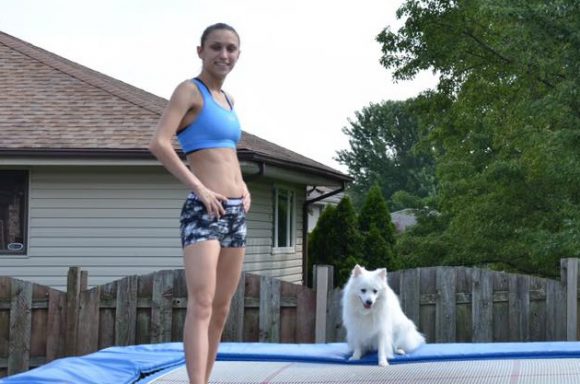 American Gymnast and an American Eskimo

American Gymnast Kristle Lowell recently contacted us and asked if we would put out the story of her and her dog.  We love stories like this so here is what she has to say in her own words: 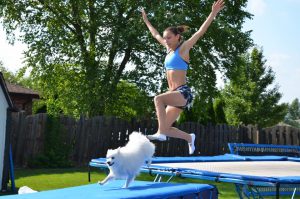 My name is Kristle Lowell. I was the 2013 National and World Champion and now the 2016 National Champion of a sport called Double Mini Trampoline Gymnastics.

One year ago, I walked into a puppy store with no intentions of buying a dog. I was killing time so thought I would go and play with a puppy and give them some time out of the cage.

What I saw was horrific. I walked in and was immediately drawn this little white dog on the bottom cage. Something just called me to him. The bottoms of all the cages were nets. Animals above him where going to the bathroom on top of him. He was sitting there shaking he was so cold as there was not fabric in his cage whatsoever. I asked to take him out figuring I could at least clean him up. 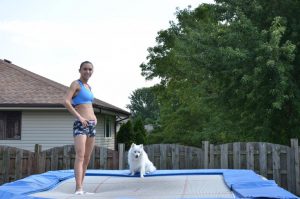 He won me over with in seconds. Little did I know I was holding my future best friend in my hands. He went from looking so nervous to looking right at home in my arms. He fell asleep when I was holding him. I just did not have the heart to put him back in that cage.

Checking out the lady told me I needed to buy a crate for him. I said “no he gets to sleep on my bed”. They took him in back to get him cleaned up. They covered him in perfume. My poor little dog.

I got him home to see his muscles were atrophied from being in a cage so long. I knew absolutely nothing about the breed American Eskimos. After I got him home I researched them and found out they were circus dogs. I was so happy. I am a gymnast and my dog likes circus tricks. 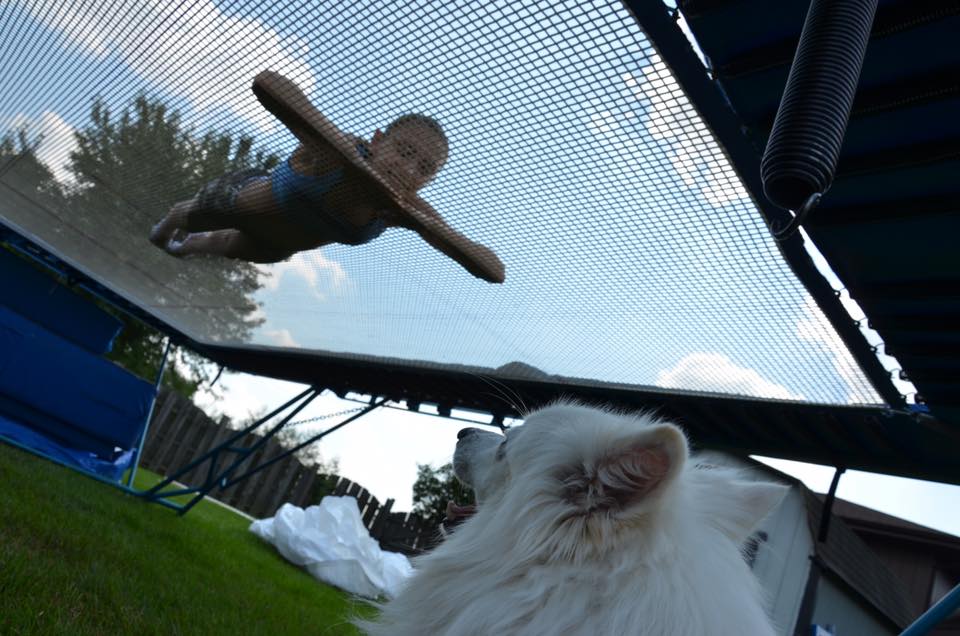 Koda immediately became part of our family. He shares something special with every family member. For my Mom, its going to Starbucks and getting puppichinos. For my Dad, all he has to say is “lets go for a ride” and Koda runs to the car. For me Koda developed an unusual passion for a dog. Koda started to become my exercise partner. Eventually we started bringing him to the gym. He absolutely fell in love with the sport. American Eskimos are incredibly smart dogs. We do sprinting drills in the backyard. Koda is so smart when I say 1…2….3 he takes off on 2 so he can cheat.

Koda has become my emotional support. The sport of gymnastics can be extremely stressful. Recently I was at Nationals in Rhode Island. I didn’t do as well as I wanted to in the preliminary round. I was in third place going into finals. Walking to the stadium I was sad and looking for the motivation to push through this competition.

I called my mom so I could facetime with Koda. I sat in the training call and talked with Koda all the way up to the time I almost had to compete. My Mom was sending pictures of him to help calm me down. Just seeing Koda on facetime helped so much.

To my surprise I pulled into first place and became the 2016 National Champion. I do not think I could have done it without Koda. We go on nature walks together, go jogging together and go to the beach. Koda always has a way to make me smile. 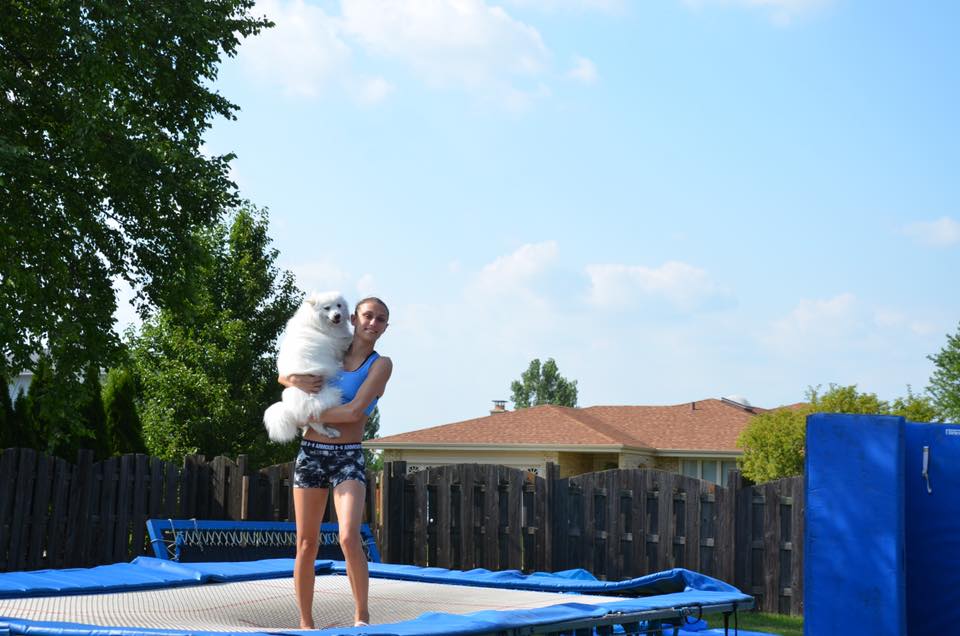