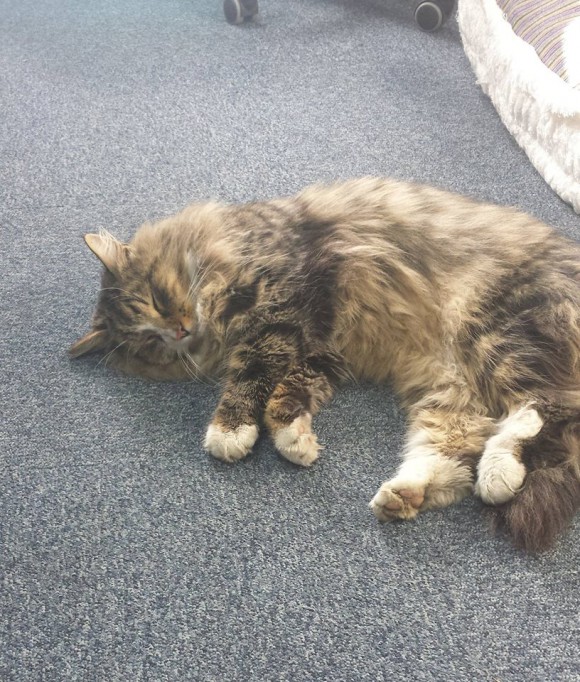 Cats are naturally curious creatures, so when a 9 month old kitten named Clive, ran off for a mini adventure, his family had no worries he would return home, but after a few days, they panicked.    The Irons family from the United Kingdom were devastated by their loss, but they were determined to find their Clive.  The family put up posters and asked for help online in the hope of finding their missing cat. Despite their pleas and the ads they posted, Clive was nowhere to be found, and their hope of ever finding him again diminished over time.  However, their story took a turn for the better when a stray cat was spotted in a nearby pet food factory. 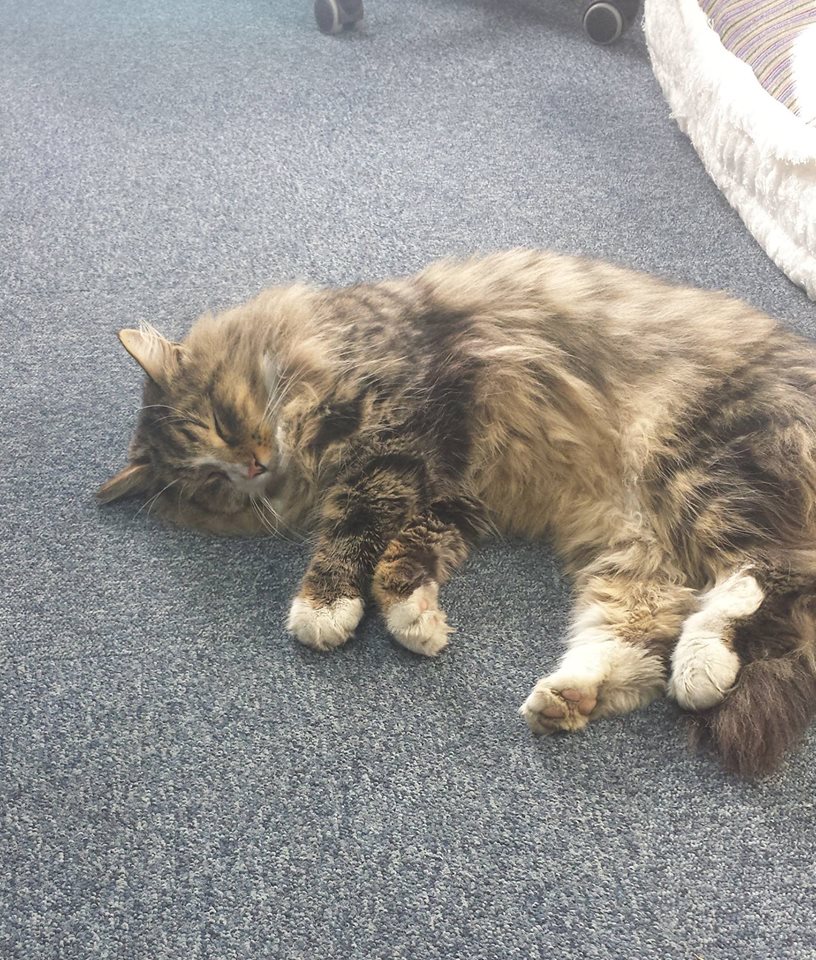 According to the staff working at the factory, it was noticed that treats were missing and cat droppings were found in various parts of the building.  Little did they know that a cat was living amongst them.  After an investigation, a cat trap was set up and the fat cat was eventually caught, hissing and fighting off his captors.  He had been living his dream, and knew it would soon be over.  The cat was eventually taken to a vet where he was scanned for a microchip.  After scanning, the cat was identified as Clive, a pet belonging to the Irons family. 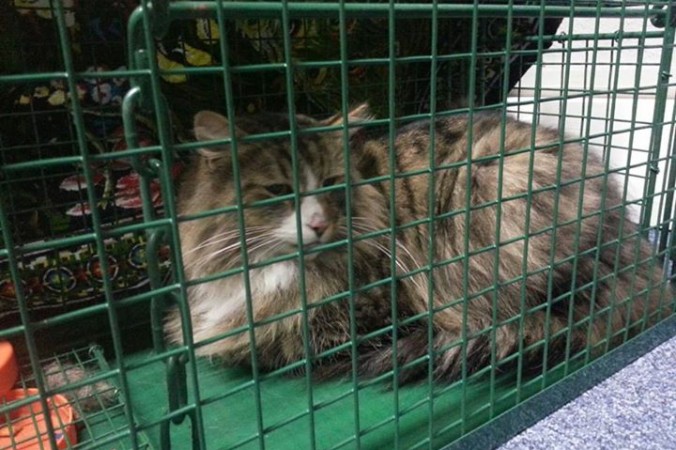 Clive after being caught.

John and Tanya Irons received a phone call regarding their lost cat and were asked to come down and verify his identity.  Since Clive had been missing since 2014, they thought they had lost him forever, and he would never be found, at least not alive and well. 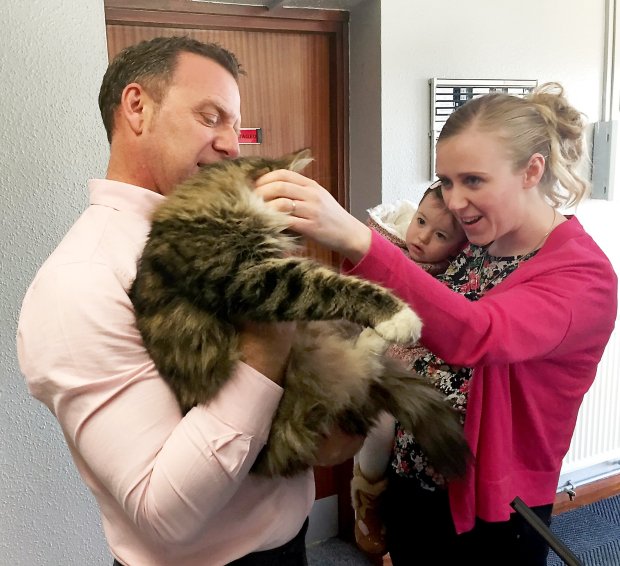 Much to their surprise, when the Irons family was reunited with Clive, they were shocked to find he was twice as big when they had last seen him.   Clive’s “mini adventure” took 14 months before he finally returned home, but at least his story had a happy ending, and he was reunited with his loving family at last.