How Cute Is This Dog Who Knows How To Surf

There have been a lot of pooches who made it to the Guinness Book of World Record.  Most of them were named as the tallest, biggest, and oldest dogs.  Others bagged titles for the extraordinary skills they have like most number of tennis balls held in mouth, highest jump, the most number of Wilson racquets (that you can find on https://tennisracquets.com/) you can balance in your hands, and fastest 100m with a can balanced on head.

Another dog with an amazing talent also holds a world record for surfing.  Yes!  A dog that knows how to surf!  Abbie, an Australian Kelpie is a rescue dog who doesn’t just know the sport, she’s good at it.  In fact, she’s even better than other surfers. 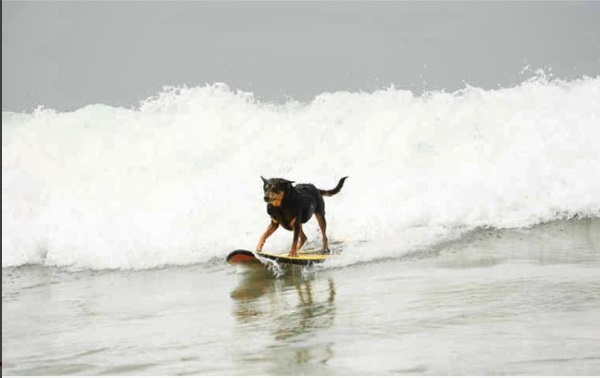 Abbie was born in 2006. She was found on the roadside and rescued by Humane Society Silicon Valley.  Michael Uy, a surfer adopted her later that year and started bringing her to the beach as part of her rehabilitation.  Michael was successful in using sports to build Abbie’s self-confidence.

After years of patience and understanding, Michael was able to improve Abbie’s self-development.  She learned to love sports that led her to become the world’s top surfing dog.  Michael shares how he discovered Abbie’s surfing ability. 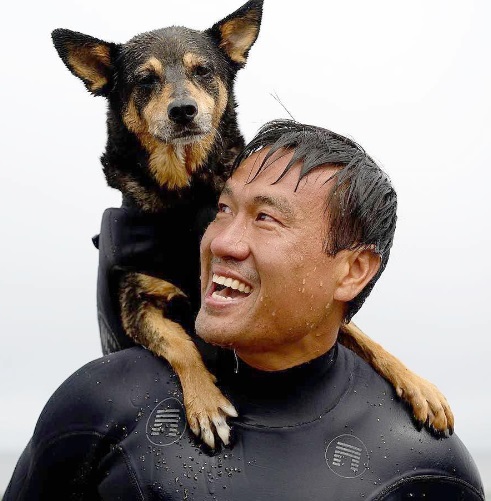 Another victory for Abbie and her dad, Michael Uy.

“One time we put her on a surfboard to rest.  And she stood up on the board and we thought, well, why don’t we put her on a wave and see what happens, and she just rode it all the way into shore.”

This celebrity animal was featured in different TV shows, films, and even prints ads. 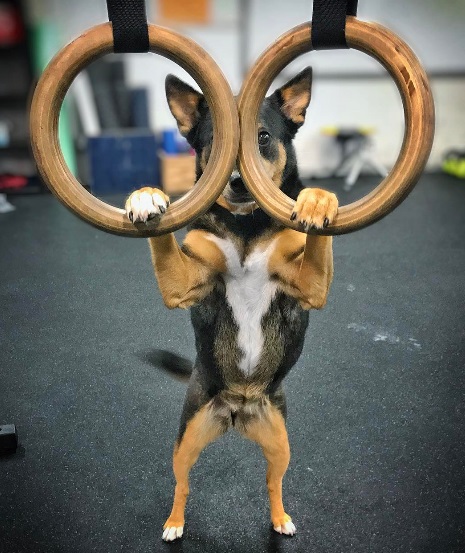 When she’s not out in the water surfing, she’s in the gym working out.

Abbie started surfing in 2008 and she was awarded in every competition she joined.  Currently, she is the longest and most awarded surfing dog. 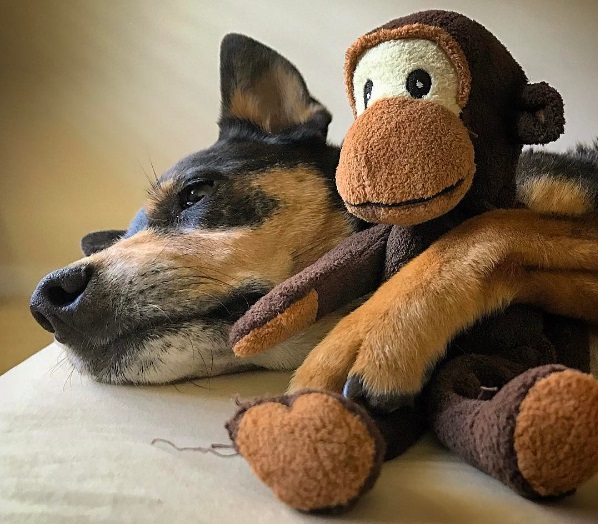 Go on Abbie. You deserve a nap!

In 2014, she became the first dog inducted into the Hall of Fame of International Surfing.  Abbie became a worldwide icon.  She now rides a custom surfboard made by INT Softboards.  She also wears a special wetsuit made from the same material being used for US Navy SEALs. 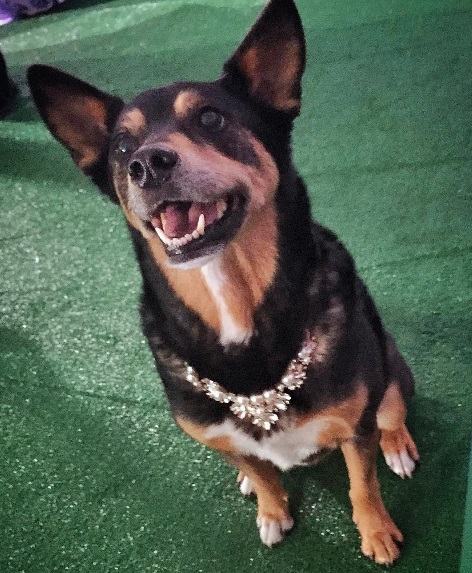 She may look strong playing in waves, but really, she’s just a girl dog who also loves diamond necklaces.

Despite having surfed at different beaches, she and her dad Michael loves to surf at their home in Delmar, California.

Check out her full story here.

Dog surfing is a relatively new activity.  The first competition was held in San Diego about 12 years ago.  This exciting event may seem silly to others but thousands of dog lovers think this is a fun activity.  Some even take this thing seriously.

The sport is growing quickly with competitions held in Hawaii, Florida, Texas, and even in Australia.  Dog solo surfing involves just a dog and their board.  Other competition category may involve another dog or their human.

The second annual World Dog Surfing Championships was held on August 5 in Pacifica, Calif.  Typically, dog surfing is scored by a group of three judges.  Judge Sam Stahl says the scoring is based on two factors. “No. 1 is stay on the board and No. 2 is looking happy.  No one wants to see a dog terrified at the end of a surfboard.”

Sam Stahl also has a theory on why so many people and pooches get into the competition.

“There’s a lot going on in the world and a lot of things that have people kind of riled up and I think it’s important for some people to have something like this to look at and smile at,” he shared. “And nothing’s more fun than watching dogs surf, honestly.” 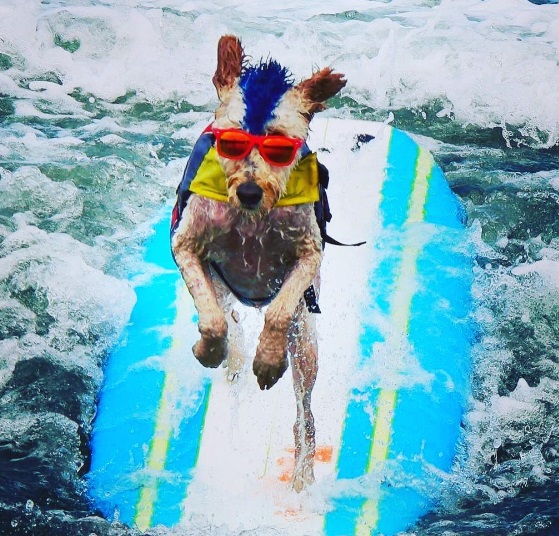 This dog sure looks cool with those shades on while surfing. 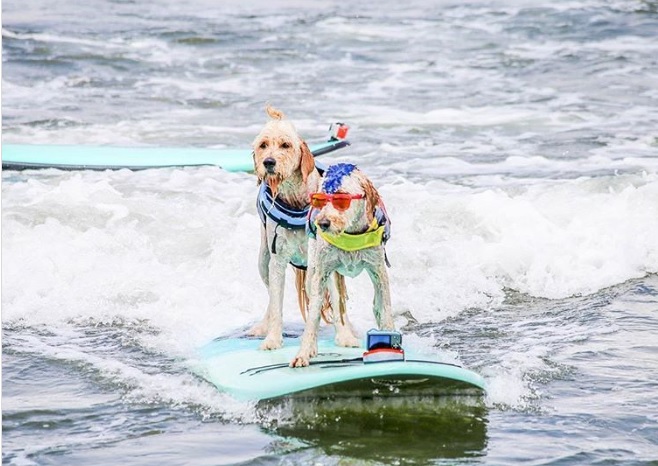 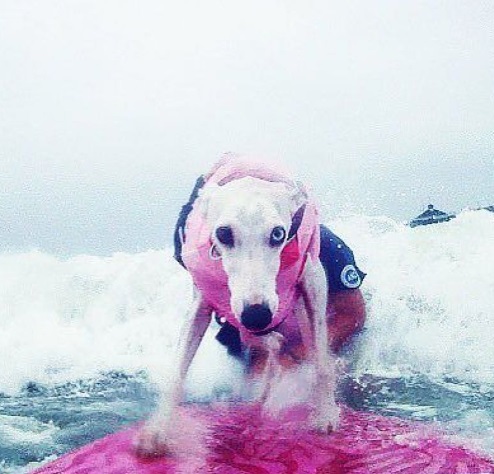 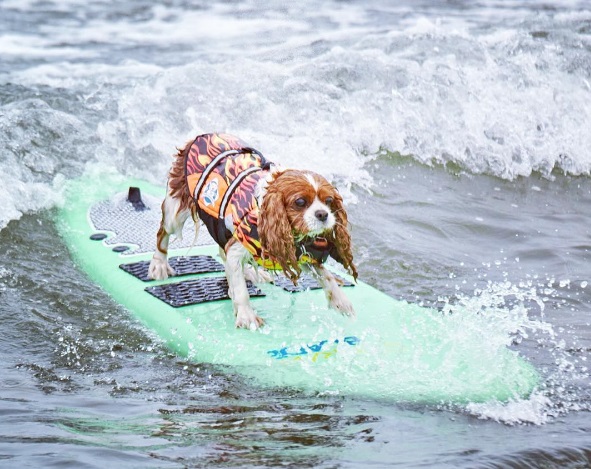 Here’s a surf derby having fun!

Abbie Girl took home the prize and is now tagged as two-time reigning champion of dog surfing.  Abbie wins a trophy and bragging rights while her human takes home a bottle of wine for their victory. 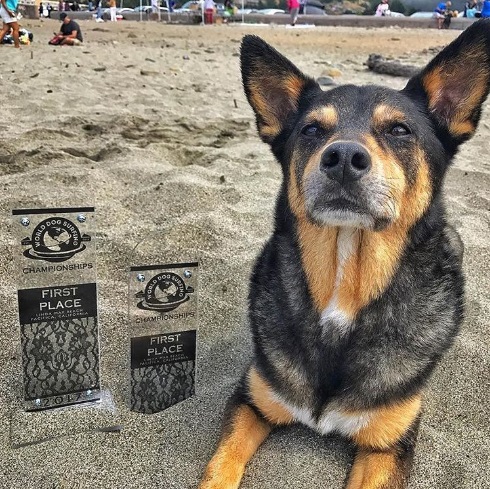