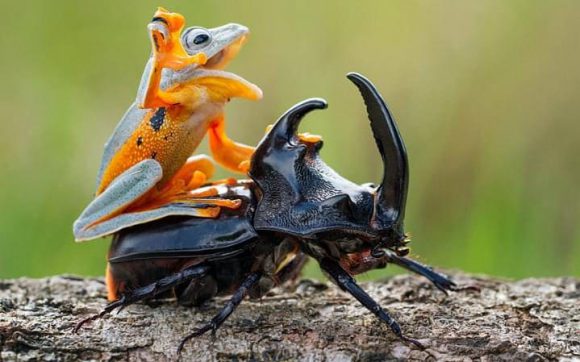 They say hitchhiking can be dangerous but it certainly looks cute if animals do it.  Check out these captured photos of lazy animals on a piggyback ride.

This smooth green frog doesn’t mind the spikes of katydid.  He needed a ride badly. A dolphin show?  In this photo, you also see an octopus clinging to a dolphin as he breaches the surface of Port Macquarie, Australia. 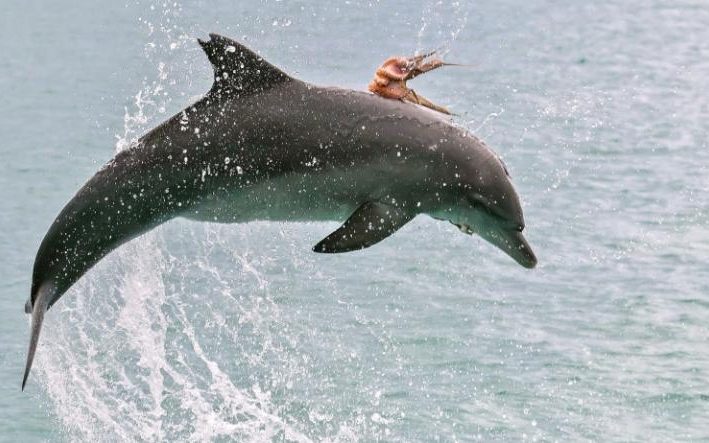 Everybody would be scared to do a piggyback on a crocodile, but not this snail that crawled up the crocodile’s nose while he was resting on the pool. 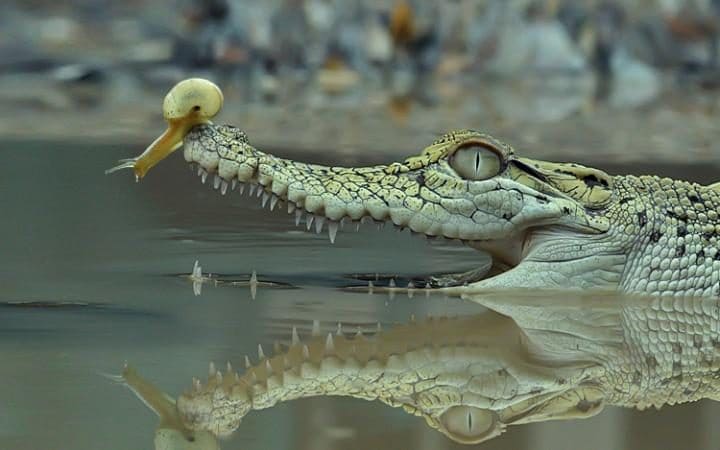 This cute frog was kind enough to offer a ride to a terrapin in Padang, Indonesia. 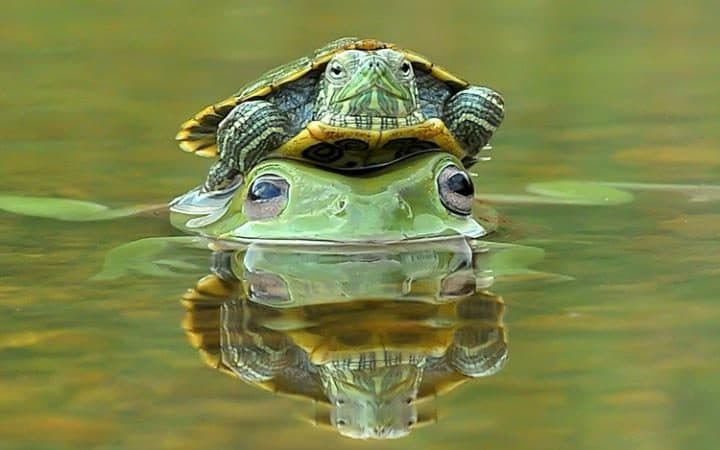 What’s the easiest to get to the top of the tree? For this lazy monkey, it’s hitching a ride on the back of a macaw. 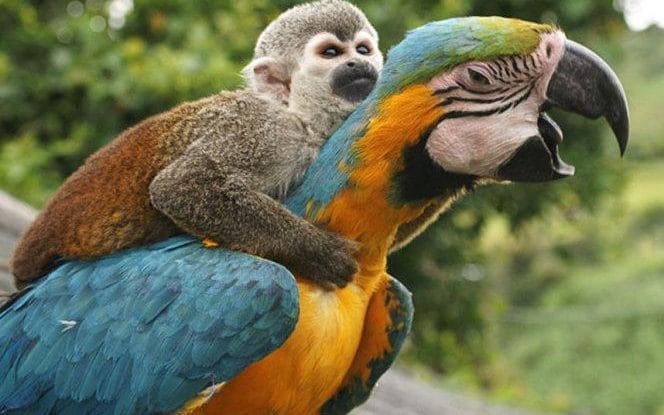 Sunbathing?  This seagull gets to enjoy the sun as he rides on a pig while it swims in the crystal blue sea at the Bahamas. Never thought a dog and a horse can become best friends. 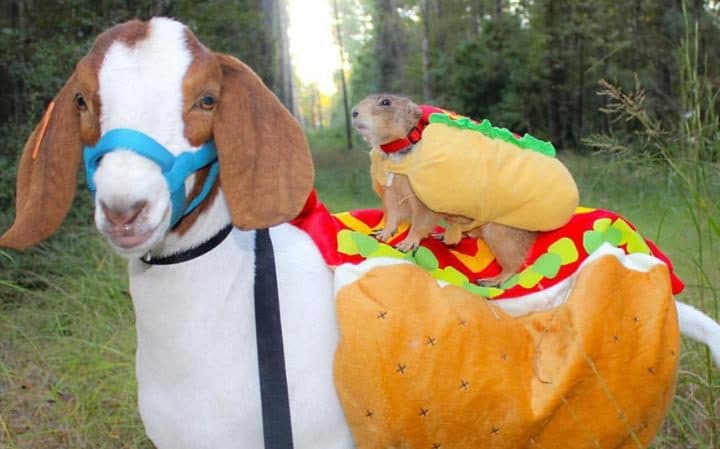 Such a clever Heron.  The hippo doesn’t even know he was used as a fishing platform. Yee-haw!  This frog is a certified rodeo driver in this photo as he enjoys a ride at the back of a woodboring beetle. 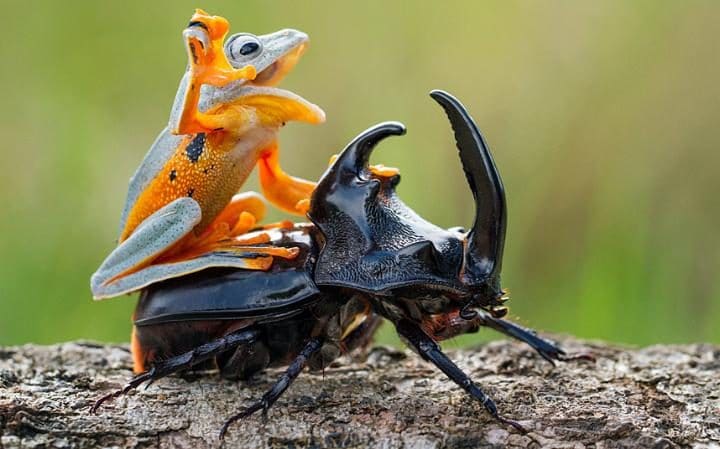 Some Really Cute Animals That Will Make You Smile.

Amazing Animals Showing Off Their Humanity

Bunny Sleeps on His Back

These Photos of Dwarf Bunnies Will Make You Say Awww
Posted by: micmaca25 Categories: Animals Tags: hitchhiking animals, piggyback riders
← Let’s Get to know the Corgi Celebrity, Topi
This Cat Adorably Squeezes Itself Into Every Container →
See More Cute Posts!