When Finnegan was just a few days old, he was found injured and malnourished. The person who found Finnegan brought him to Debby Cantlon who had a history of helping animals in need. She bottle fed Finnegan and he recovered. 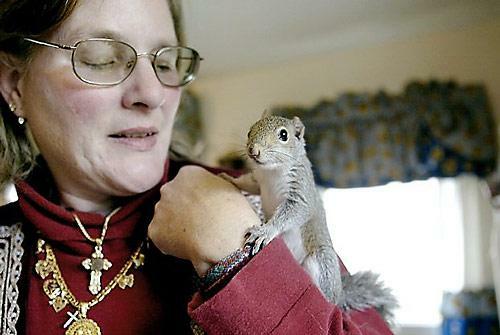 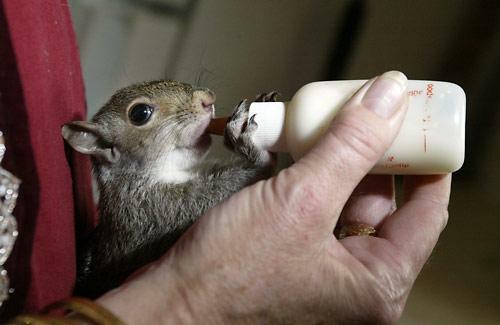 At the time Debby’s dog, Mademoiselle Giselle, was pregnant. Giselle dragged the squirrel’s cage to her bedside and when she gave birth, she adopted Finnegan, letting him hang out with her and her puppies. She took him in as if he was one of her own. 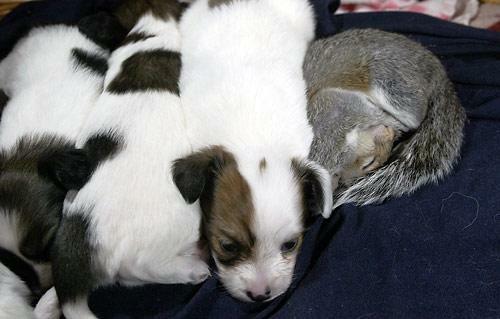 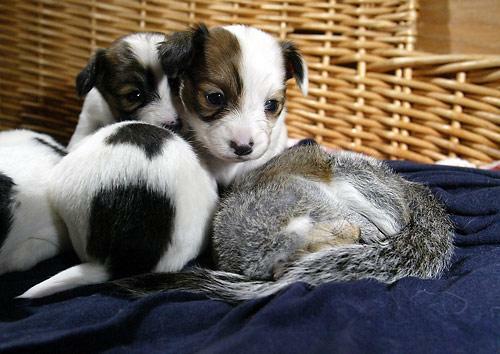 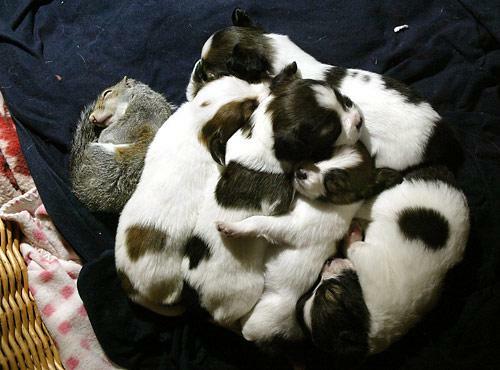 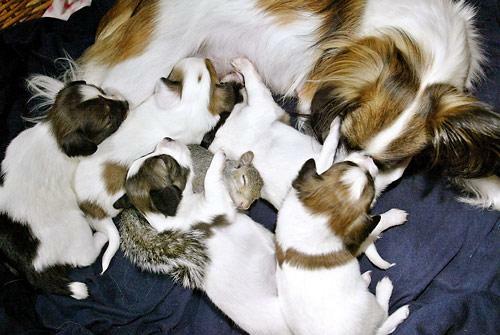 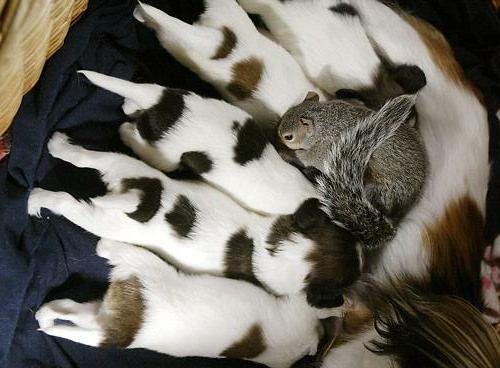 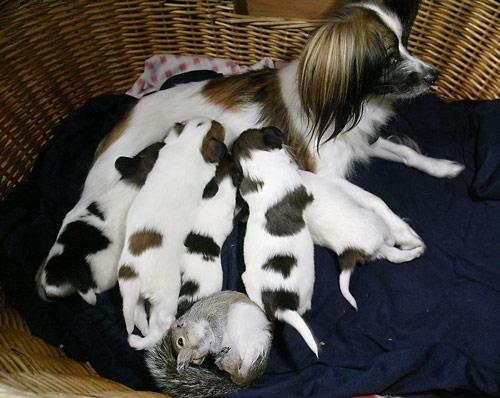 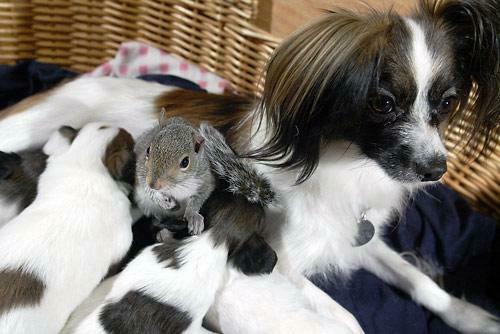 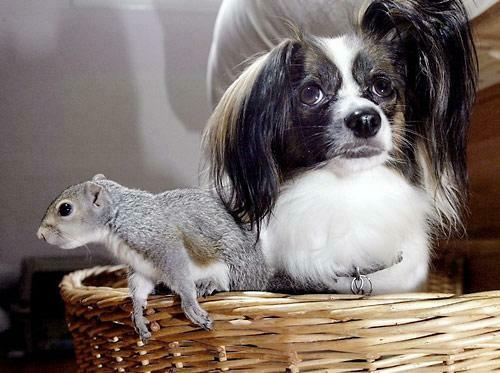 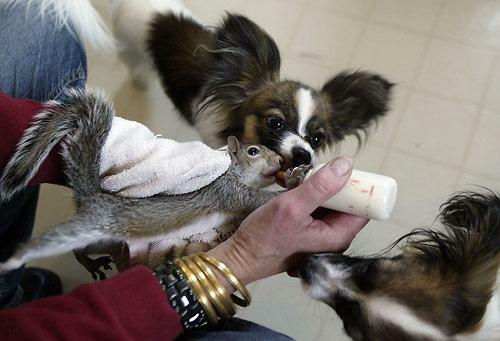