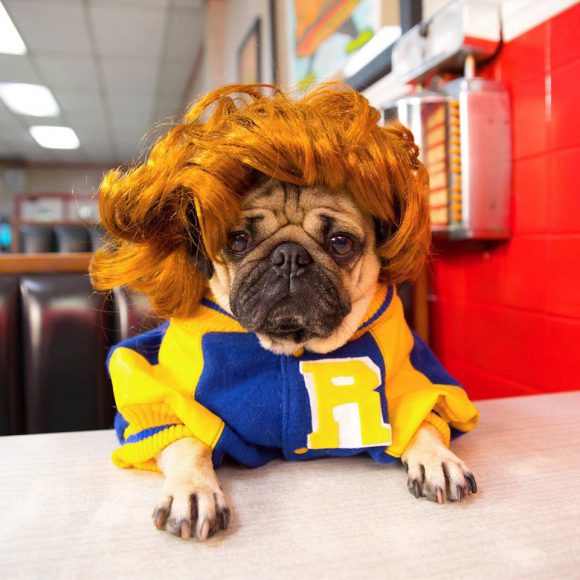 The Riverdale TV Series may be on season break right now but that doesn’t stop the show’s popularity.  The teen drama blended with Archie Comics lore is a sure hit in today’s pop culture.  Its characters have been used in cosplay by countless fans that got addicted to the series.  Not only do teens and adults get hooked up in Riverdale, but even dogs too.

Remember Doug the Pug?  He was the internet sensation who got famous for all his fun adventures including cosplaying famous characters from shows and movies.  Just recently, he shared several adorable photos of him dressing up as Riverdale’s characters.

He can be seen as Jughead Jones (Cole Sprouse) dressed up in denim jacket and crown-shaped bonnet.  You can call him “PUGhead Jones.” 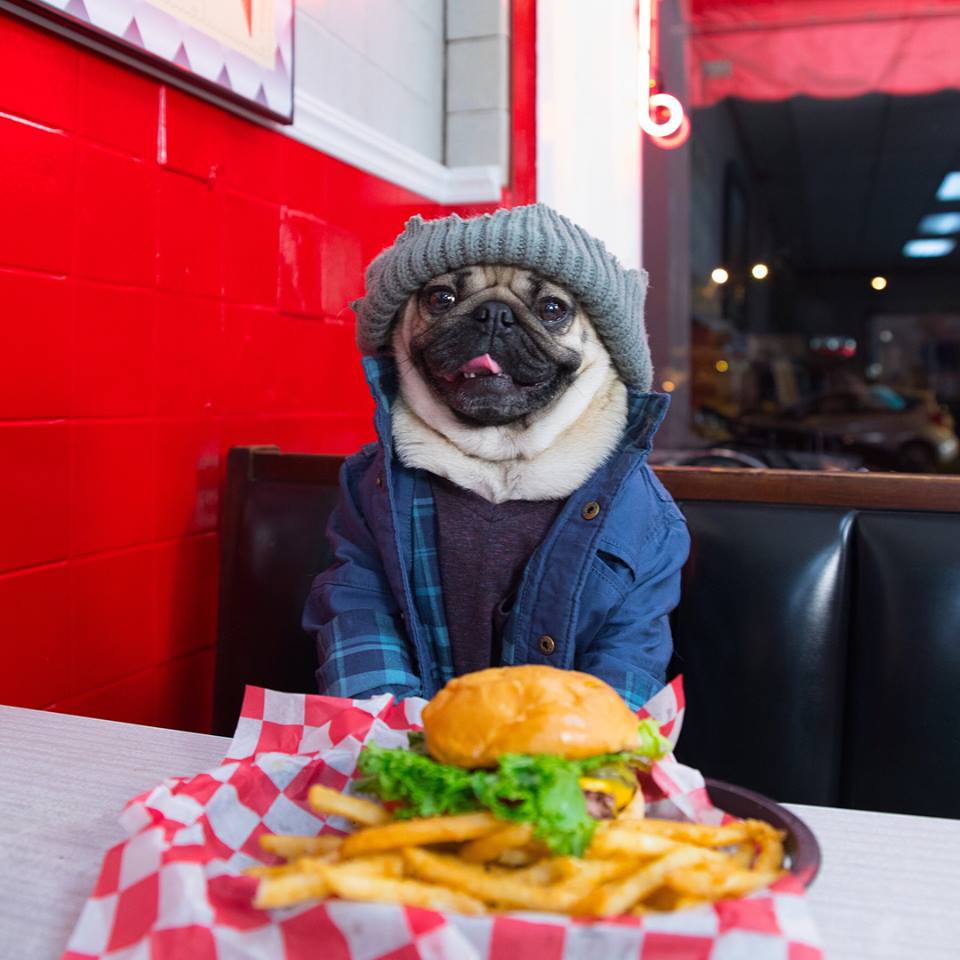 He also nailed the look of Archie Andrews (KJ Apa) wearing a bomber jacket and that (funny) blonde hair. 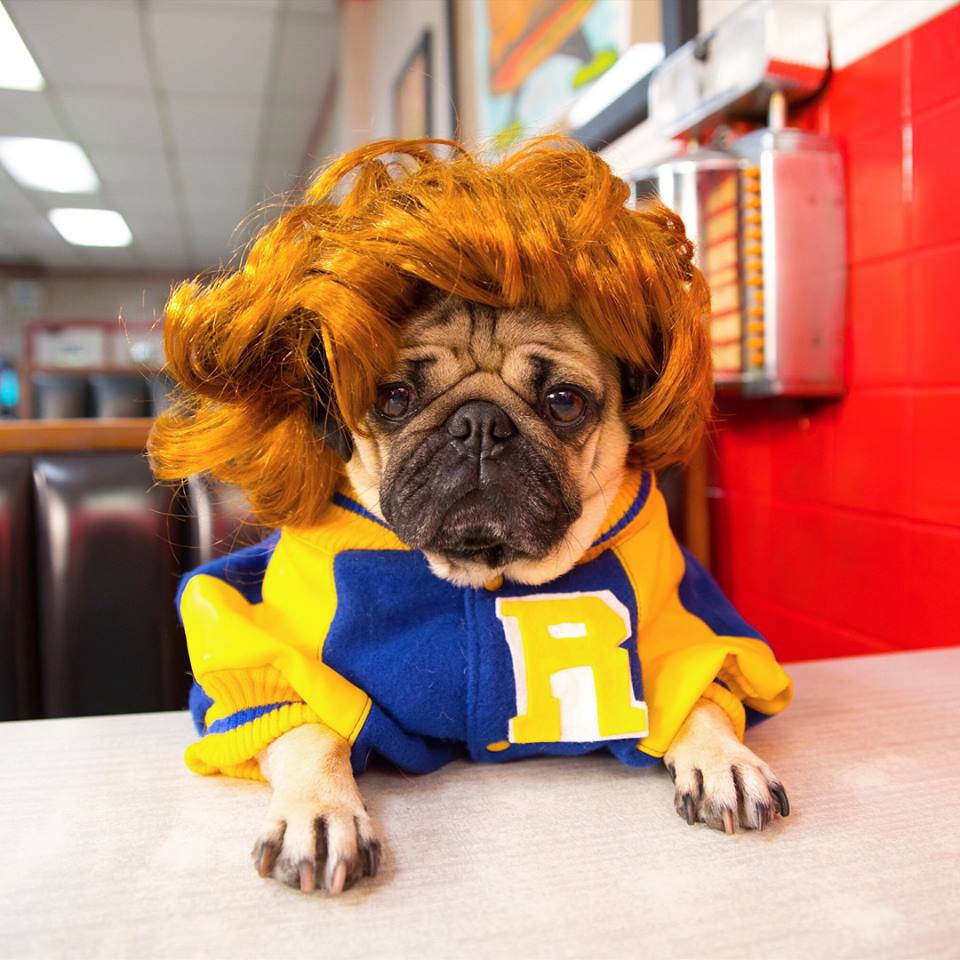 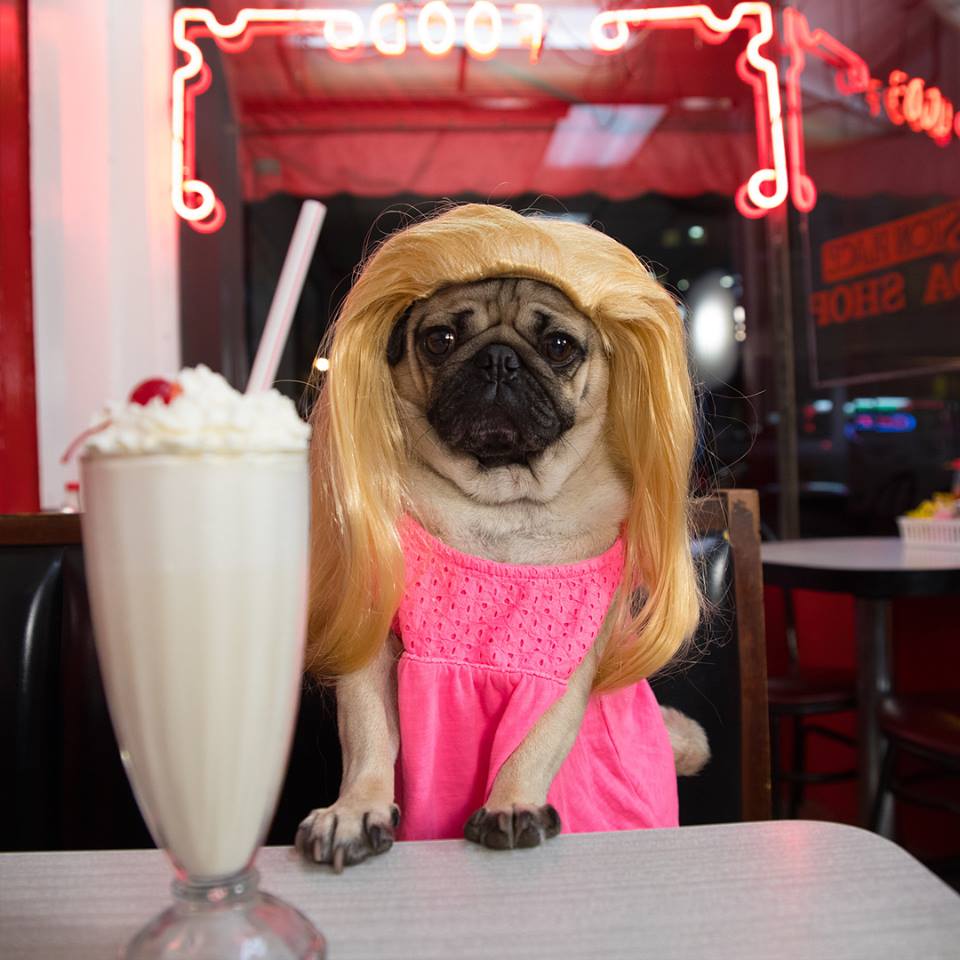 Black hair, red dress, and a that strand of pearls on her neck – that certainly looks like Veronica Pug… I mean Lodge.  Veronica Lodge! 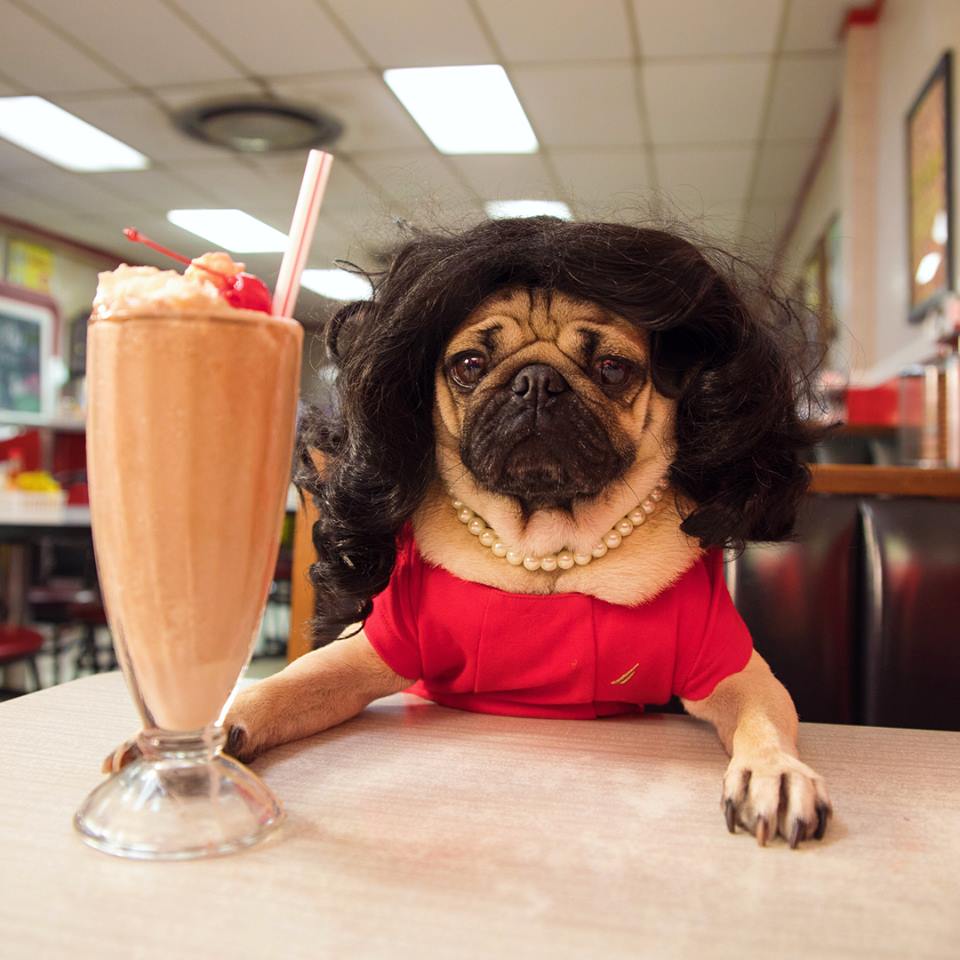 After seeing these photos, we must say, every detail is on point.  The photos were even shot in a diner booth where the teens usually hang out.  The Pop’s restaurant is so iconic that Doug (and his owner) just can’t forget that.

Since Doug is also known for doing parodies, he won’t let his cosplaying go to waste.  Check out this cute video, presenting “Riverdale: The Pug Edition.”

The video was only released on August 13 and now has about 15k views.  (It might have a lot more by the time you see it)  Doug has also recreated moments from The Walking Dead, Spiderman, and Beauty and the Beast.  You may subscribe to his Youtube account to stay updated.

Did you know that Doug also got up close and personal with the TV series’ cast?  The cute pooch sniffs out some answers during the Comic-Con 2017 last July.  By the look of it, the cast had a good time doing it.

The second season of Riverdale is set to premiere on Wednesday, October 11 on The CW.  The series’ first season had our main characters lurching on the tragic death of Jason Blossom.  The teenager was dubbed as the high school’s golden boy.  Their home is defined by most as safe, perfect, and innocent. How can such incident happen?  The investigation into Jason’s murder led to a series of revelation of their hometown’s secrets and mysteries.  Now that the town seems to be a turf of terrible crimes, as we enter Season 2, more scandals are yet to unfold and the entire town might be doomed into darkness.

Check out these amazing animal shots from underneath!

Say Hello To This Helper Dog, Harlow
Posted by: micmaca25 Categories: Dogs Tags: Doug the pug, Riverdale
← Let This Prairie Dog Tell You How To Dress Up In Every Occasion
How Cute Is This Dog Who Knows How To Surf →
See More Cute Posts!